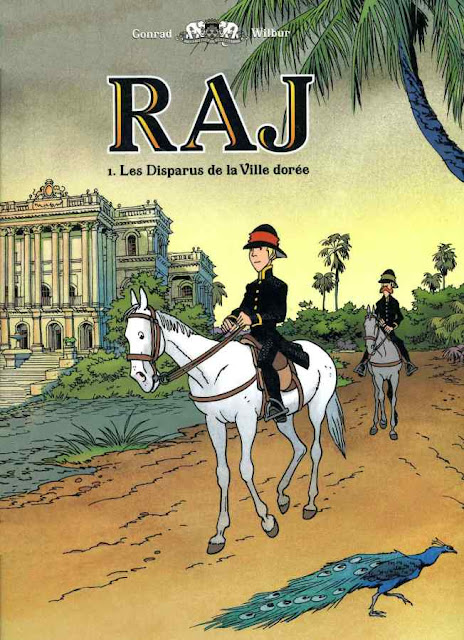 Adventures of Alexander Martin, a police officer of the Raj, as summarized by the publisher-

SUMMARY RAJ TOME 1
Alexander Martin -arrived in Bombay from London in 1931 to join the Indian Political Service (IPS) -whose role was to help the Honorable Compagnie des Indes develop his business ... That is to say to prevent the other states of Europe from settling on the Indian continent dominated by the British. The arrival of the new agent does not seem to enchant those who have been in place for a long time and whose main concern is to increase their personal wealth by despoiling and enslaving the natives. Alexander, however, makes some connections. Guided by the journalist David Baltimore, he discovers the strange local beliefs. Intrigued by the presence of a European in the midst of a group of Hindus practicing their rituals, the journalist follows him to identify him. Alexander finds him a few moments later, dying under the effect of the bite of a cobra ...

But now, despite the gravity of his condition, David Baltimore disappears. Other mysterious disappearances then occur in the community of English expatriates! Pressed to solve this problem, the I.P.S. Decided to accuse a competitor of the Honorable Company of India. The captain of the Portuguese company Sao Mateo will make an ideal culprit. It is however to count without the honesty of the agent Alexander Martin who is reluctant to arrest an innocent ... 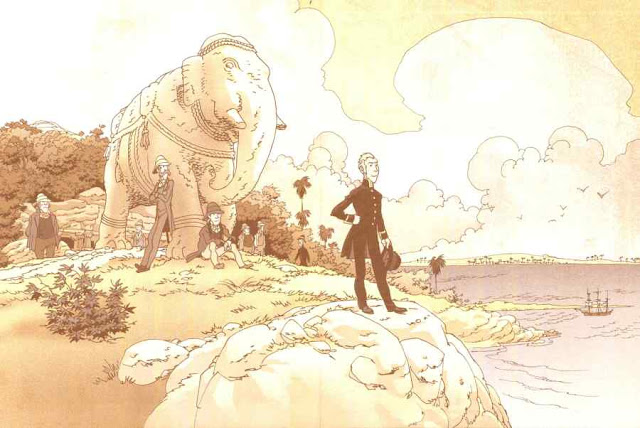 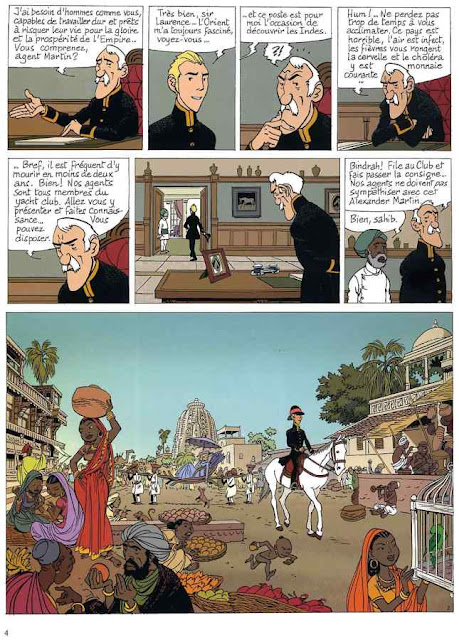 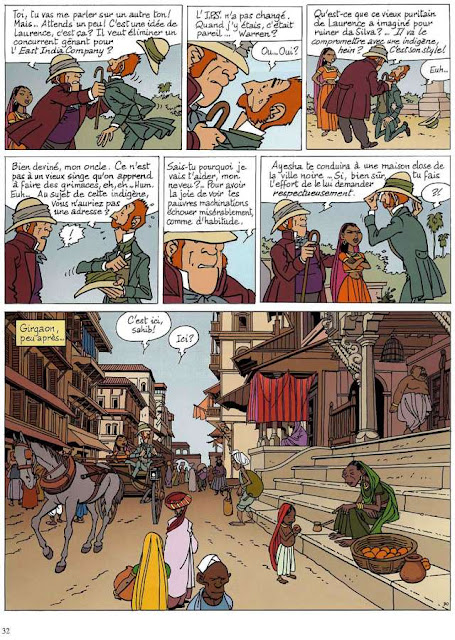 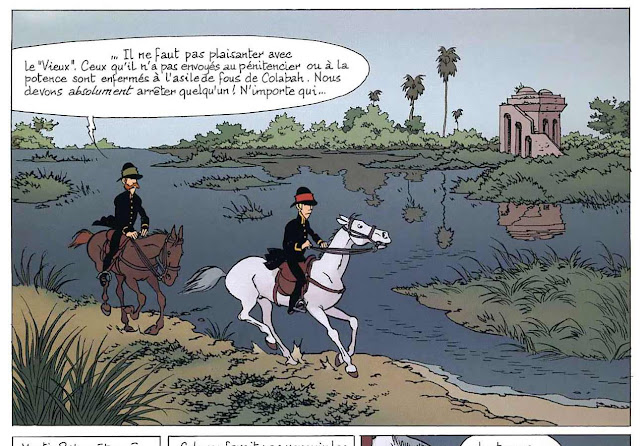 Parents be advised- may not be for small kiddos :) 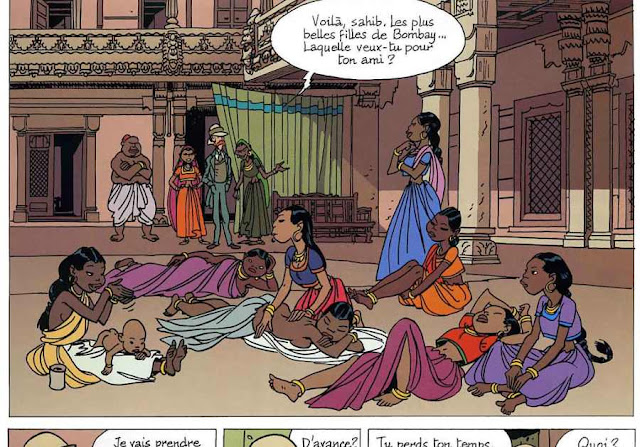 What a bloody marvelous painting, part 10

Joseph Zbukvic makes watercolors one could kill for - click for a larger image Unfortunately, I do not yet know the name of this work. A few details- His signature is a piece of work too!   Compare and contrast- Our Great Cheese* also produce works one could kill for - for a different reason: A work by the mahan * talent Jogen Chowdhury depicting who knows what. Nevertheless, it must be great. Just shut up and believe. *The colorful Indian language translator- Great Cheese - a play on the Hindi expression ' mahan cheez ', literally a great thing or a great person , sarcastically speaking . Mahan -great 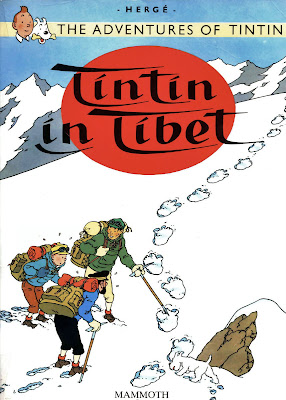 India in comics,part 1 -Tintin in Tibet 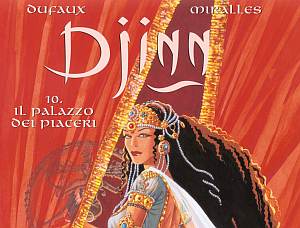 According to its Wikipedia  page - Djinn is a Franco-Belgian comics series written by Jean Dufaux and illustrated by . The story is an adult adventure-thriller and deals with themes of sexuality and colonial politics. The first four volumes make up the "Ottoman Cycle" while the following five comprise the "Africa Cycle". The "Indian Cycle", planned for four volumes, started 2010 with the volume " Le Pavillon des Plaisirs ". Ana Mirallès Illustrator of the Djinn comics The series starts out with- A young Englishwoman, Kim Nelson, travels to Istanbul in search of information about her grandmother Jade. In the years before World War I , Jade had been the favourite of the "Black Sultan", and ordered by him to seduce an English diplomat, Lord Nelson, in order to alter Turkey's influence in European politics. Kim's story and that of her grandmother are revealed in tandem, in a Europe where sexual and polit